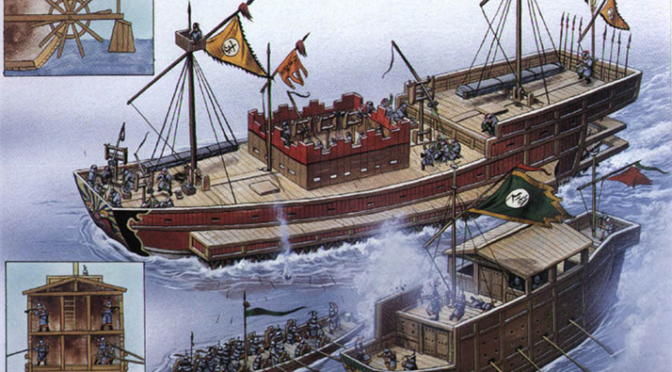 In the first volume of his monumental work Strange Parallels: Southeast Asia in Global Context, Victor Lieberman compared three geographically-based regions of Mainland Southeast Asia, namely the western, the central and the eastern mainland. Lieberman saw coherence in the three regions in that they were all politically and culturally integrated as the result of a series of synchronised cycles between 1000 and 1830. The major difference between Vietnam and its two neighbouring regions, in Lieberman’s analysis, was that Vietnam’s integration was neither as complete or sustained at the same level as achieved by Burma and Siam, even as late as the 19th century Nguyen dynasty (from 1802). Instead of three sustained imperial integrations, he saw two and a fraction. Geography was an important factor. Vietnam lacked one dominant, integrating river system like the Irrawaddy (2170 km long) in Burma or Chao Phraya (372 km long) in Thailand. Yet it did have one geographical feature which might have played a compensatory role in integration, a 3260 km coast line. Moreover, early 19th century Vietnam had a long maritime tradition and a powerful navy, plus close commercial relations with southern China. Why did these potential positives fail to promote closer integration of the new state?

This seminar considers that question by focusing on one of the most important economic factors implicated in that failure, imperial rice transportation. This system formed a major cornerstone of Nguyen policy, but its practical costs and operational failures combined to ensure that Vietnam’s coastal sea lanes did not play a similar unifying role as the major river systems in Burma and Siam. Dr Tana Li is Visiting Senior Fellow at Nalanda-Sriwijaya Centre and emeritus senior fellow at the College of Asia and Pacific Studies, the Australian National University. She works on maritime and environmental histories of Vietnam and southern China. Her works includes The Nguyen Cochinchina; Water Frontier: Commerce and the Chinese in the Lower Mekong Region, 1750-1880, and Gulf of Tongking Through History, among others. At the ISEAS, Li Tana is working on a manuscript of Maritime history of Vietnam. She is also leading an international collaborative project, « The Making of the Red River », financially supported by the Chiang Chingkuo Foundation, Taiwan. This study of ecological history of the Greater Red River region is carried out by a team of historians, geologists, and GIS experts based in Austria, France, Vietnam, and Taiwan.

To register, please write to nscevents@iseas.edu.sg