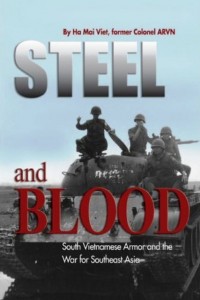 Brilliantly translated, no future work on Vietnam battles will be complete without reviewing this publication. Colonel Viet has provided a tremendous amount of fresh information, almost all of it oral history. That is the strength and weakness of the book. Like all interviews, the ones in this book only provide the participant’s side. For example, the account by Colonel Nguyen Van Dong concerning the Central Highlands retreat, while new and highly informative, perpetuates the myth that Brigadier General Pham Duy Tat, the II Corps Ranger Commander, was responsible for the convoy on Route 7B. Tat, when presented with Dong’s remarks, categorically denied the accusations, a point of view absent from Viet’s book. This is not to cast fault, as Viet was only interested in the stories of his armor colleagues. Yet without access to That’s perspective, the unsuspecting historian would perpetuate the story. Unfortunately, as General Cao Van Vien once told the reviewer, the war remains much like the movie “Rashomon”: the truth is subjective to the individual. Colonel Viet nevertheless deserves enormous credit for his industrious research and fine account. His is a major and much needed addition to the history of the Vietnam War.